by The Nevermet Ensemble 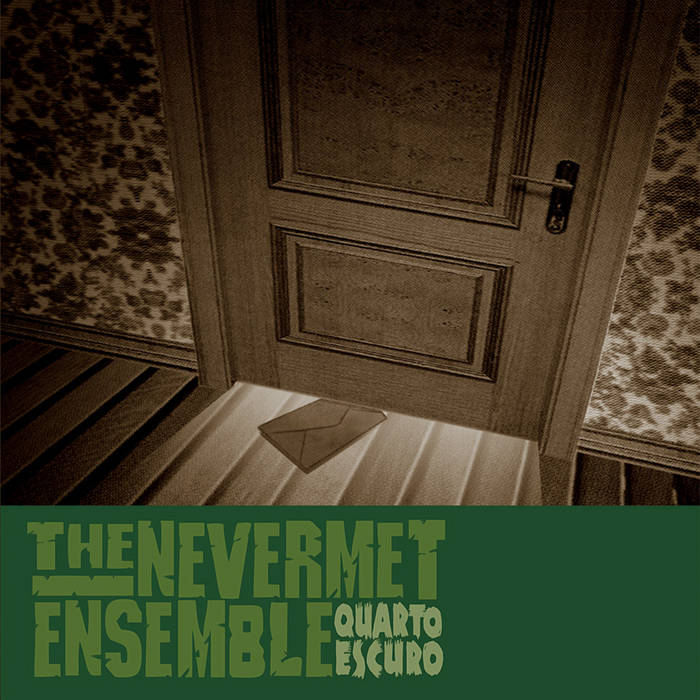 "This essentially non-existent group comprises nine perfect strangers from across Europe, Japan and the USA, who last year mailed music files of everything, from electric organs and field recordings, to toys and ring modulated clarinet, over to Miguel Cabral. He then edited and mixed them in "a small room in Lisbon, Portugal".

The first track here, "Une Minute", consists of a 60 second churn-up of abrasive electronics and unrecognisable sounds. But while listeners may be gritting their teeth in anticipation of more of the same, we're already off, on "The Straw (That Breaks The Dromedary's Back)", into a series of ominous, near-Prog keyboard and drum lines. These soon drop off the edge into a muted electronic wash before rising out of the murk again as the track mutates.

This is not the first time this sort of collaboration has been attempted -indeed, Simon Fisher Turner's 2005 album Lana, where he worked in a process of addition and subtraction of material with Rainier Lericolais and Tu m', was a brilliantly realised joint effort. Cabral and friends bring us something more redolent of the rougher hewn sounds of The Faust Tapes. But whereas Faust distanced themselves by chopping up their recordings into a patchwork of edits, here Cabral works from the other direction -moulding and editing a bunch of stuff into a coherent musical statement. His palette is as wide as Faust's and he demonstrates a similar perverse humour in his juxtaposition of elements. Snatches of melody or singleminded rock riffs are bombarded by electronics, or cut into body sounds (snoring, crying) and eavesdropped radio broadcasts, or they simply run out of steam and disappear.

After 30 minutes or so this begins to blur into one dark carnival of passing sound. But the 11 minute "Onze" showcases Cabral's mercurial way with the material. An initial mosaic of microsounds, synthetic rhythms and elliptical percussion figures segues into a lone child's voice, which soon gets shoved aside by fuzz guitar chords.

The cryptic nature of the enterprise is exemplified by the closing track. Having neither title nor mention on the sleeve, this heavily fucked-with melody rolls out like the theme tune for the preceding sonic movie."
Mike Barnes, in THE WIRE, feb 2006

Bandcamp Daily  your guide to the world of Bandcamp